What Are Prefabricated Electrical Houses and Power Skids?

When it comes to powering a data center, there are two main options: prefabricated electrical houses (PEHs) and skids. Both have pros and cons, so it’s essential to understand the difference between them before making a decision. Here’s a quick overview of each option to help you decide which is suitable for your data center.

A PEH is a self-contained unit that houses all the equipment needed to power a data center, including generators, switchgear, and transformer. PEHs are typically prefabricated off-site and then delivered and installed on-site.

One of the major benefits of PEHs is that they can be designed to meet the specific power requirements of your data center. This means you don’t have to worry about overloading the system or having too much-unused capacity. In addition, PEHs are typically easier to install than skids and often come with a shorter lead time.

However, PEHs can be more expensive than skids and typically require a larger footprint. In addition, because PEHs are manufactured off-site, it can be more challenging to make changes or modifications once installed.

A skid is a platform that supports multiple pieces of equipment, such as generators, switchgear, and transformers. Skids are typically assembled on-site using prefabricated components.

One of the major benefits of skids is that they’re often less expensive than PEHs. In addition, skids offer more flexibility when it comes to design and layout. For example, if you need to make changes or modifications to your data center’s power system, it’s often easier to do so with skids than with PEHs.

However, skids can be more difficult to install than PEHs and often have a longer lead time. In addition, because skids are assembled on-site, there’s always the risk of human error during assembly.

Regarding data center infrastructure, prefabricated electrical houses (PEHs) and skids offer many advantages over traditional on-site construction methods. For one, PEHs and skids are factory-built under controlled conditions, which results in a more consistent and predictable product. Additionally, prefabricated units can be shipped and installed quickly and with minimal disruption to ongoing operations. Here are some other benefits of using prefabricated electrical houses and skids in your data center:

One of the most significant benefits of prefabricated electrical houses and skids is that they can help reduce construction costs. Because the units are built in a factory setting, there is less need for on-site labor, meaning you won’t have to pay workers for their time on-site. Additionally, because the units are built to specific specifications, there is less waste in the construction process. As a result, you can expect significant savings on your overall project costs.

Another benefit of prefabricated electrical houses and skids is that they can help increase the efficiency of your data center operations. Having your units shipped and installed quickly can minimize downtime and get your data center up and running sooner. Additionally, because the units are built to specific specifications, you can be sure they will meet your needs exactly—no need to worry about making changes or adjustments once they’re in place.

In addition to being more efficient and cost-effective, prefabricated electrical houses and skids can also help enhance safety in your data center. By having the units built in a controlled factory setting, you can avoid many potential hazards that come with on-site construction, such as falling debris or exposure to harmful chemicals. Additionally, because the units come with all the necessary wiring and plumbing already in place, there’s no need for workers to be on-site during the installation process, further reducing the risk of injury.

While there are many advantages to using prefabricated electrical houses and skids, there are also some factors that data center owners should be aware of. Some of the most significant factors include the following:

One of the biggest disadvantages of using prefabricated electrical houses and skids is that they can be more expensive than traditional stick-built methods. Because the assemblies are built in a controlled environment, they typically require more specialized equipment and labor, which can add to the overall cost. Additionally, shipping costs can also be a factor if the PEH or skid needs to be transported long distances to the job site.

Another potential drawback of using prefabricated electrical houses and skids is that they can offer less flexibility than traditional stick-built methods. Once an assembly is built, it can be difficult or impossible to make changes without incurring additional costs. This lack of flexibility can be an issue if changes need to be made during the construction process or if unforeseen problems arise.

A final disadvantage of prefabricated electrical houses and skids is that they can be difficult to transport due to their size and weight. In some cases, special permits or equipment may be required to move a PEH or skid from the factory to the job site. This can add additional time and cost to the overall project.

Are you looking for additional information on data centers? Check out our website for more useful information!

Choosing the Power Skid for Your Needs

When it comes to data center infrastructure, one of the most important choices you’ll make is selecting the right prefabricated electrical house or skid. With so many options on the market, it can be difficult to know where to start. Here are a few things to keep in mind that will help you narrow down your choices and select the best option for your needs.

Once you know how much power you need, you can start looking at different prefabricated electrical houses and skids on the market and compare prices. It’s important to find a solution that fits within your budget while still providing the features and capacity you need.

Do some research online and talk to other data center owners to get an idea of what different solutions cost. This will help you create a realistic budget for your project.

Once you’ve determined your power requirements and budget, you can start comparing different prefabricated electrical houses and skids based on features and capabilities. What features are most important to you? Do you need a solution that can be easily expanded in the future? Do you need a lot of flexibility when it comes to configuring your data center? Make a list of must-have features and use it as a guide when comparing different solutions.

By taking these factors into consideration, you’ll be able to narrow down your choices and select the best prefabricated electrical house or skid for your needs.

In the early 1900s, PEHs and skids began to gain popularity in the mining industry. These modular units were ideal for housing electrical equipment in remote locations where traditional buildings would be too expensive or impractical to construct. Over time, PEHs and skids became increasingly popular in other industries as well, such as construction, oil & gas, and telecommunications.

In recent years, PEHs and skids have become increasingly popular in data center applications. This is due in part to the ever-growing demand for data storage and processing capacity. Data centers require large amounts of electricity to power their servers and other equipment, so PEHs are an ideal solution for housing electrical equipment in these facilities. Additionally, PEHs can be easily expanded or reconfigured as needed to accommodate changes in a data center’s power requirements.

One of the biggest innovations in recent years has been the development of pre-assembled and tested skids. These skids—which can include everything from electrical panels to generators to cooling towers—arrive on site ready to be plugged in, making for a much quicker and easier installation process. Additionally, many skid manufacturers now offer turnkey solutions that include everything from delivery and installation to ongoing maintenance and support.

Prefabricated electrical houses (PEHs) and skids are popular choices for data center owners because they offer a number of advantages over traditional on-site construction methods. They are easier and faster to install, and they can be customized to meet the specific needs of your data center. In this blog post, we’ll walk you through the installation process of a PEH or skid.

1. Choose a location for your PEH or skid. The location should be level and free of debris.

2. Unload the PEH or skid from the delivery truck using a crane or forklift. Be careful not to damage the unit during unloading.

3. Position the PEH or skid in the chosen location. Make sure that the unit is level and square before proceeding with the installation.

4. Attach the PEH or skid to the foundation using anchor bolts. Torque the bolts to the manufacturer’s specifications.

5. Connect the electrical, water, and gas lines to the appropriate utilities. Make sure that all connections are tight and secure before proceeding.

6. Test all connections and systems before putting the PEH or skid into service. This will help ensure that everything is working properly and avoid any potential problems down the road.

Installing a prefabricated electrical house or skid is a straightforward process that can be completed in just a few days. By working with a reputable provider, you can be sure that your unit will be delivered on time and installed correctly so that you can start reaping the benefits as soon as possible.

Do you have any other questions regarding data centers? Contact us today!

While prefabricated electrical houses are becoming more popular, it is important to do your research before making a purchase. We hope that this article has been helpful in providing you with information on the benefits and drawbacks of using a prefabricated electrical house as well as some of the different types of electrical skids available. If you are looking for more helpful information on data centers, be sure to check out C&C Technology. Our team is standing by to answer any questions you may have. 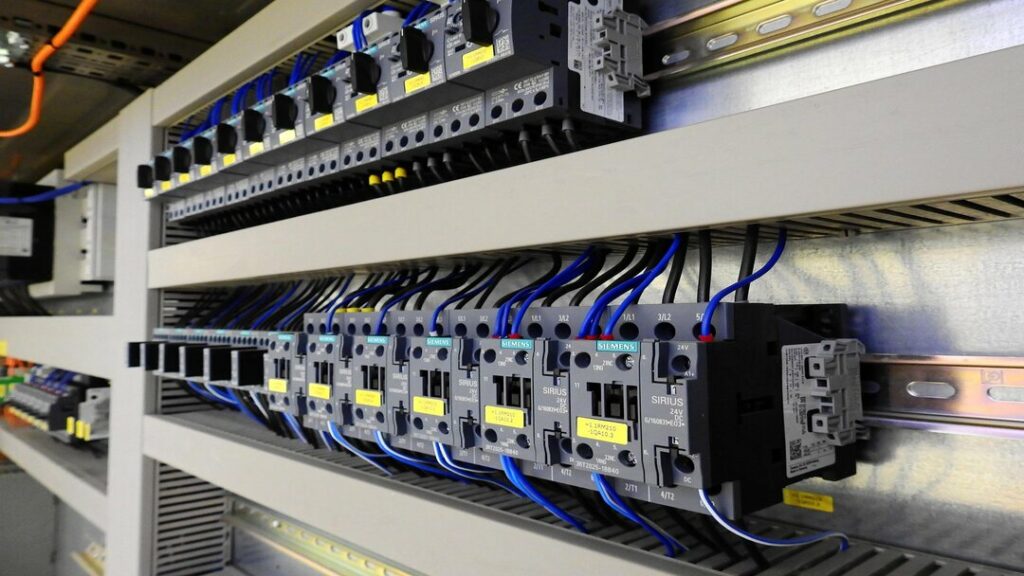 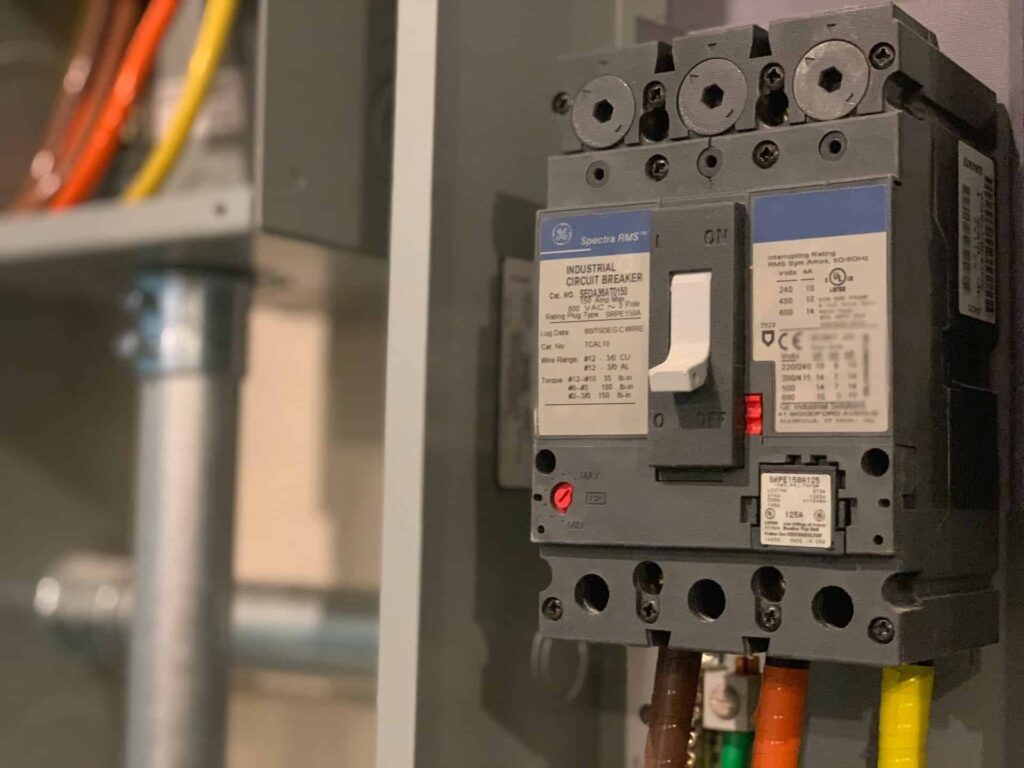 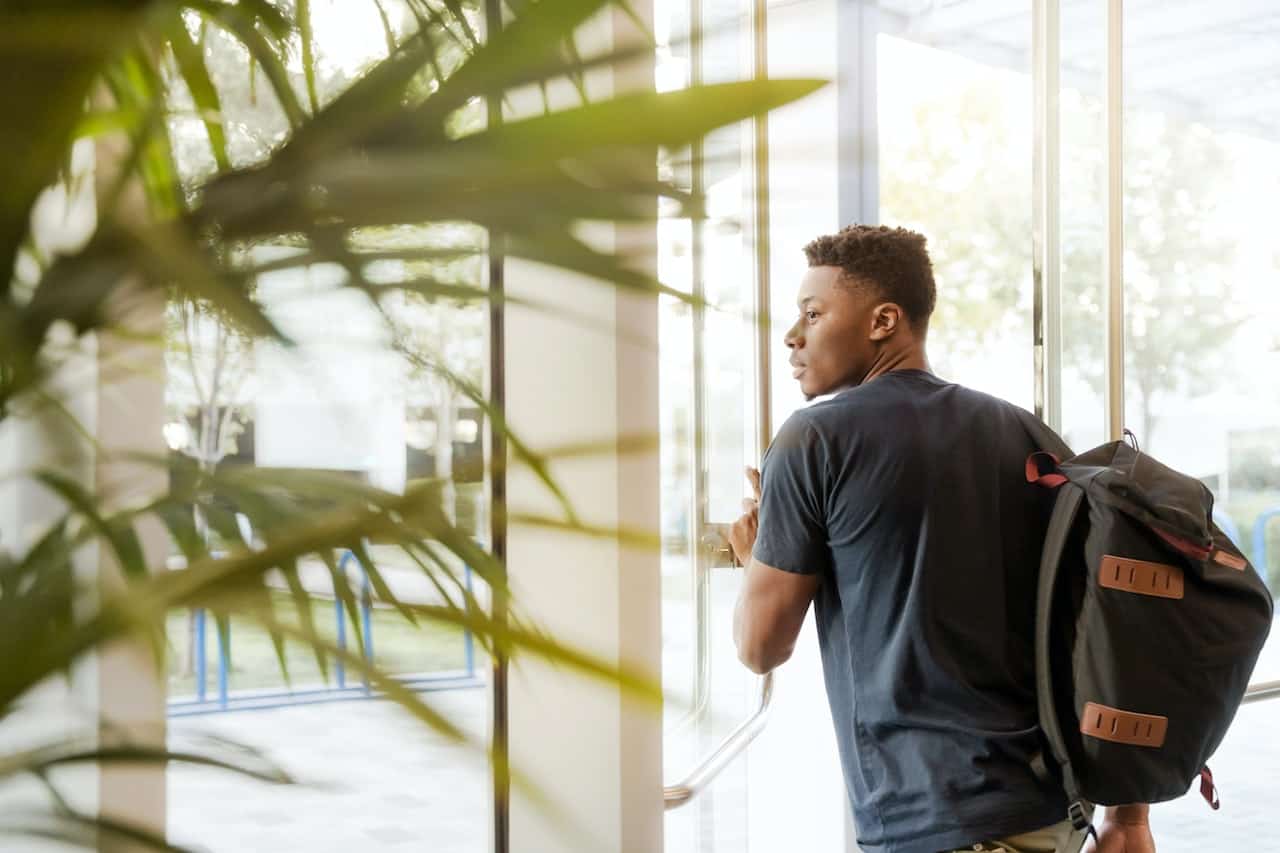 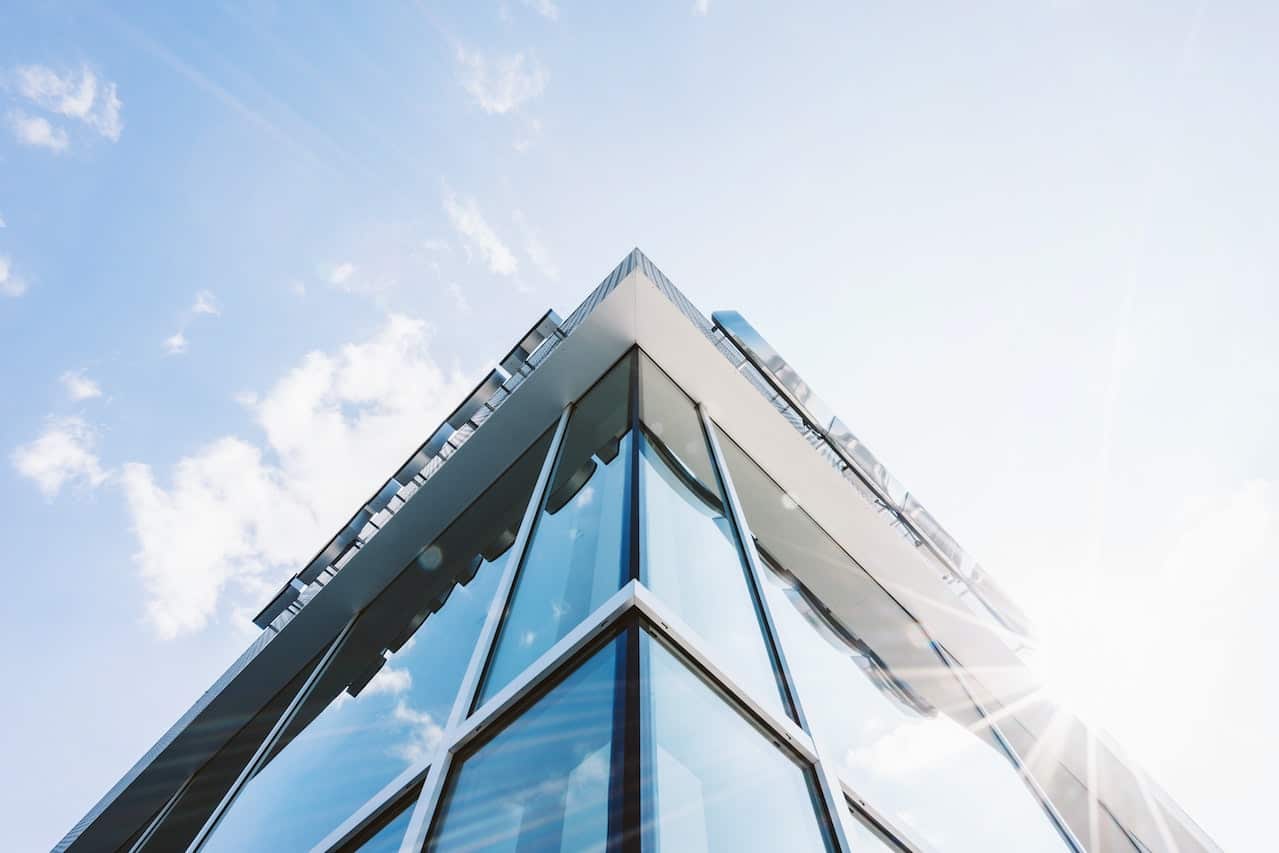 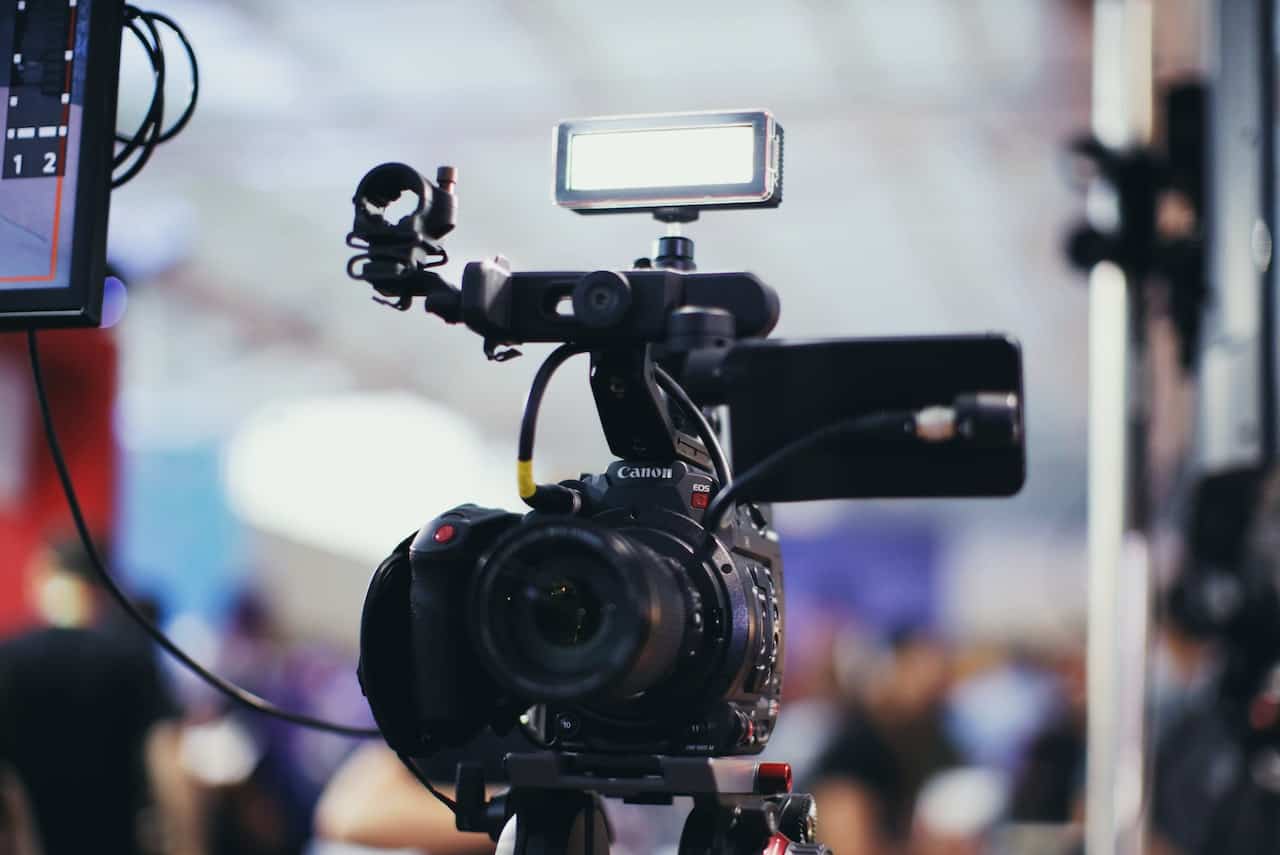 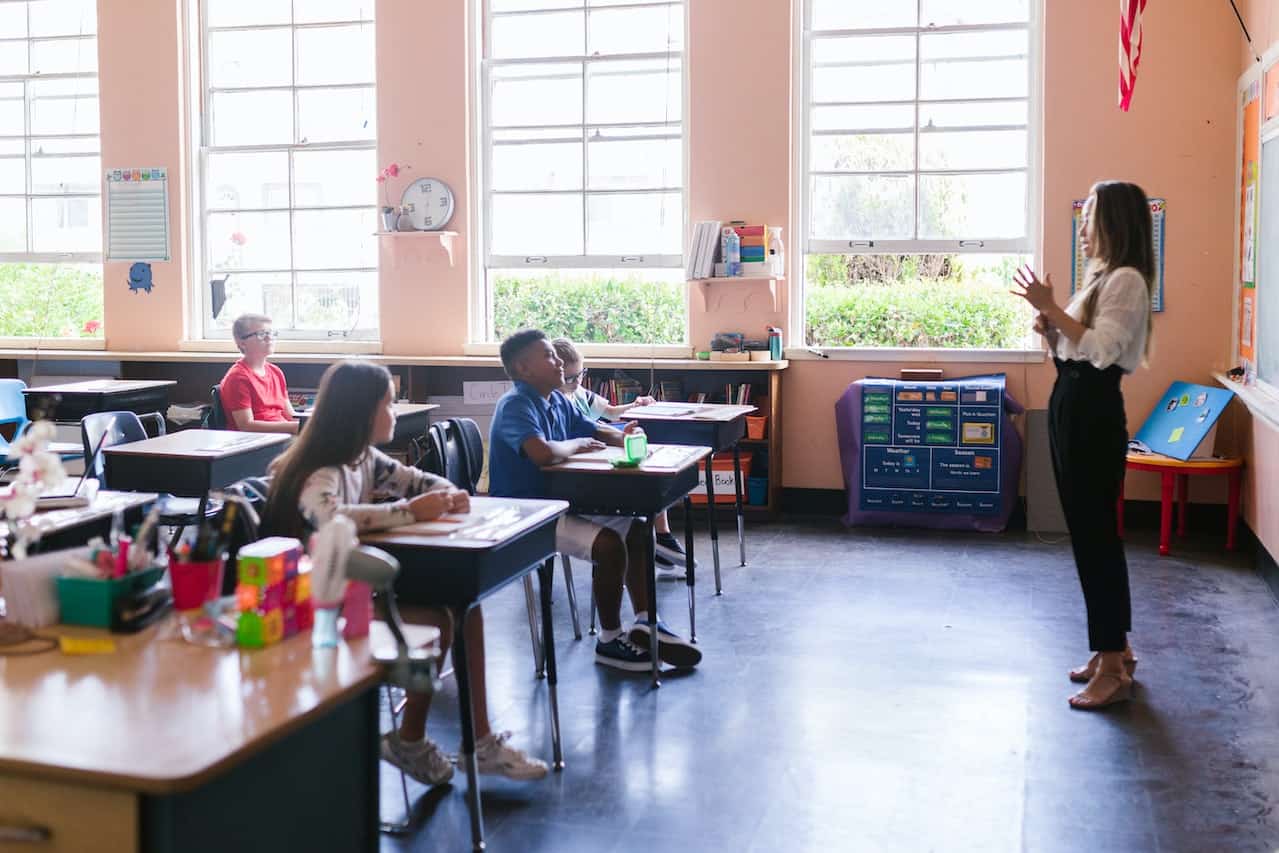 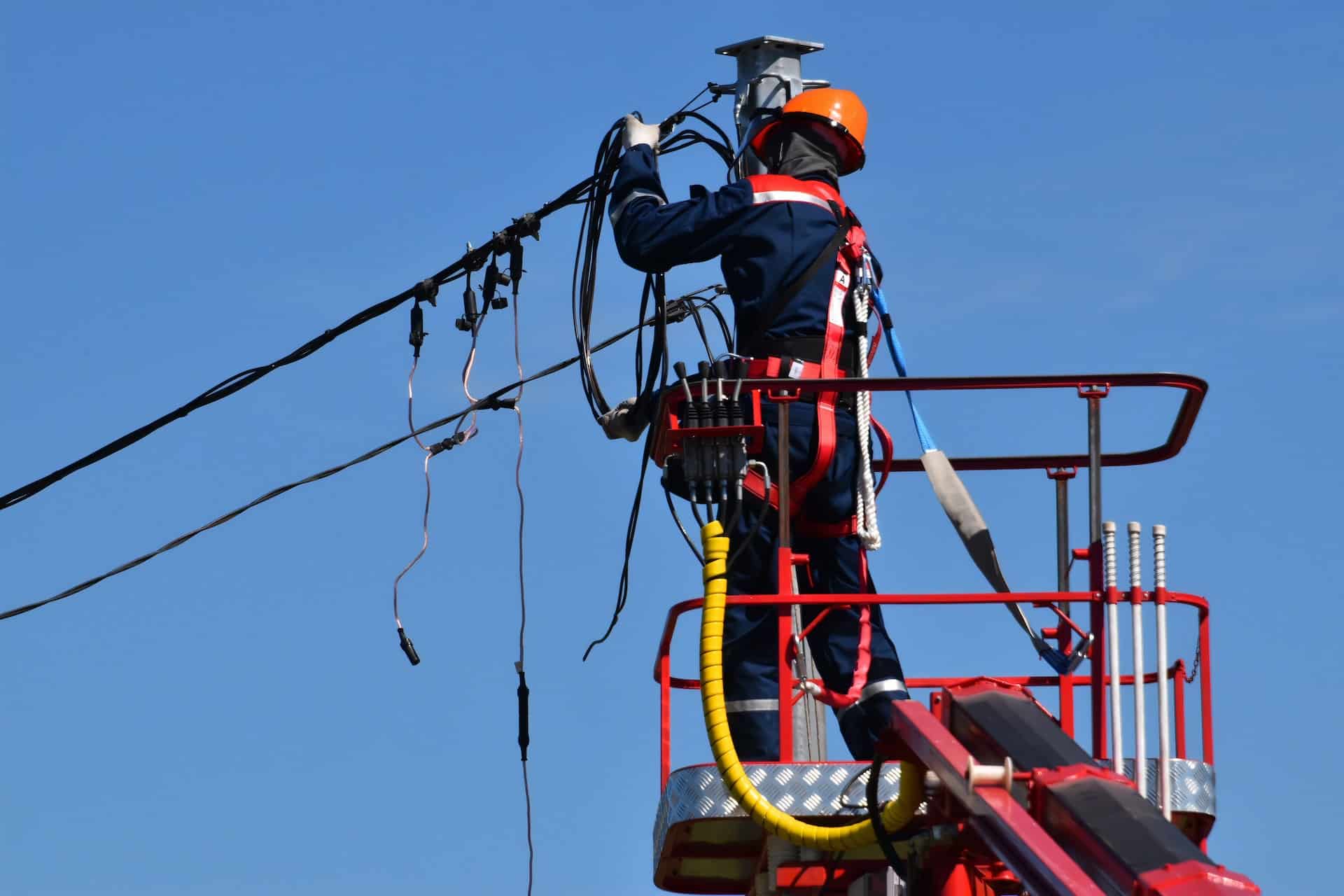